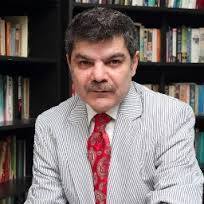 Mr. Lucman served as caretaker Minister in-charge for three ministries in Provincial Cabinet namely Information Technology (IT), Information & Broadcasting and Communication and Works (C & W) in 2007. He was also an advisor in Federal government. During his tenor, C & W was instrumental in an elaborate layout of work including but not limited to maintenance of almost 68,000 KMS of highways, 300 Bridges and over 800 government buildings. Many new bridges were completed and highways finished, announced or initiated by the previous government but never reached culmination. In the IT sector, among other works, completion of hallmark IT Tower in Lahore stands out which is now named as Arfa Kareem Tower.

Mr. Lucman is a Media tycoon who can carry Company’s image as Brand Ambassador in media segments related to Telecom Sector, Digital Media, IT and Information & Broadcasting.

He has been associated with WorldCall Group in the past. He was integral member of our group for listing of two companies on the Karachi Stock Exchange (Guarantee) Limited (Now Pakistan Stock Exchange Limited) for IPO. He played a crucial role in creating lucrative environment to attract foreign investments in digital & Media segments of Pakistan. He was part of the management team responsible to launch new concepts in the country including Pakistan’s first portal, MegaEast.com. Mr. Lucman is the proud owner of baaghi.tv involved in day to day operations. His professional career boasts of strong background in Senior Management not to mention launch of Pakistan’s three top channels in record time.

Mr. Lucman is a multi-talented investigative journalist and television host with brilliant and accurate stance on controversial issues. Brands Magazine listed him as the ‘Second Most Influential Pakistani’. His shows stand out in bringing relief for many underprivileged segments of the society.

He has been awarded many prestigious national and international awards including President’s Pride of Performance Award Sitara-e-Imtiaz, Agahi Award, Rumi Award, British Wedgwood Award, and PFUJ - struggling for freedom Award.

His popularity can be gauged by highest number of social media followers and supporters amongst media personalities of the country.

Email ThisBlogThis!Share to TwitterShare to FacebookShare to Pinterest
Labels: Business, Media, Showbiz, Social Activist, TV Star, Who is who in Lahore

WHO IS WHO IN KARACHI

Who is who in Pakistan 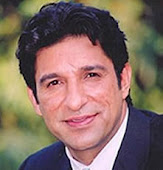